History of the Deck 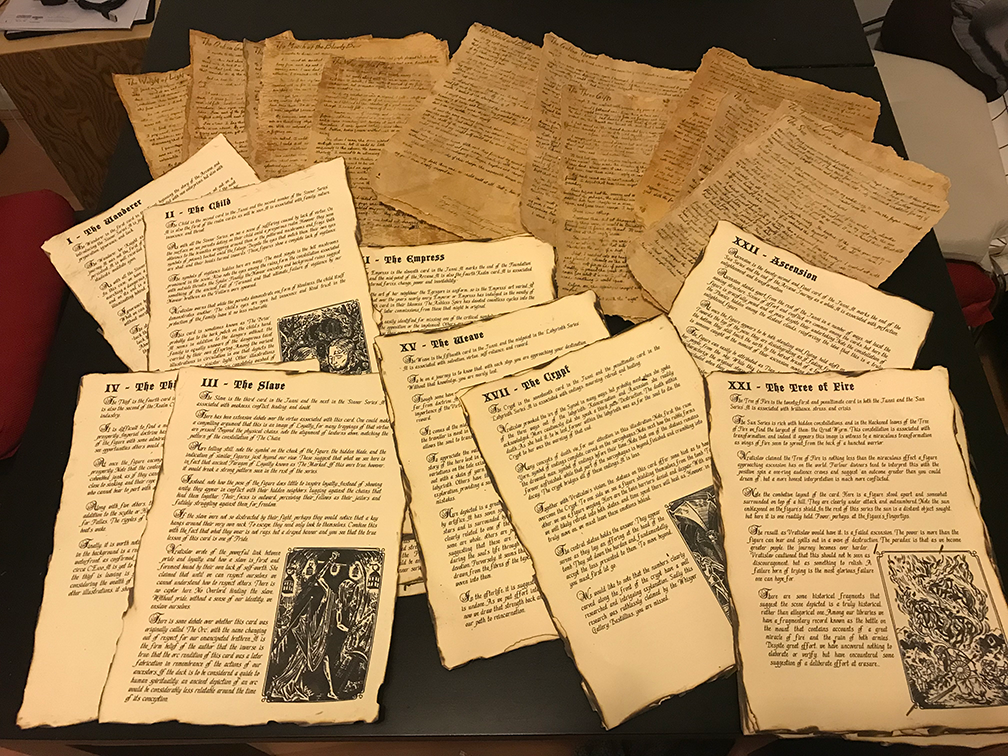 The Journey Deck (commonly called ‘Junni’) is likely named after its use as a traveller’s game, popular with soldiers and traders who valued a light, compact and versatile tool of entertainment.

It isn’t clear where the deck came from. It is, however, undeniably old. Fragments of history suggest that it, or something similar, have been in circulation since at least the First Interregnum.

Some of the imagery used in the deck suggest an origin that dates back to the Foundation. Of course it is possible that the deck is even older, but the imagery used on the cards has been fixed since then. Devotees of the deck make wild claims that the first Empress herself used the deck and that the imagery is a surviving historical record of ancient events but there is no evidence of any kind to support that.

Even though its historical content is limited, it is still cherished by a few historians, most notably in the Ashless Spire, as a link to the past so prevalent that Nicovar could never hope to burn it away.

The Ashless Spire and the Carta Munaci Gambling House 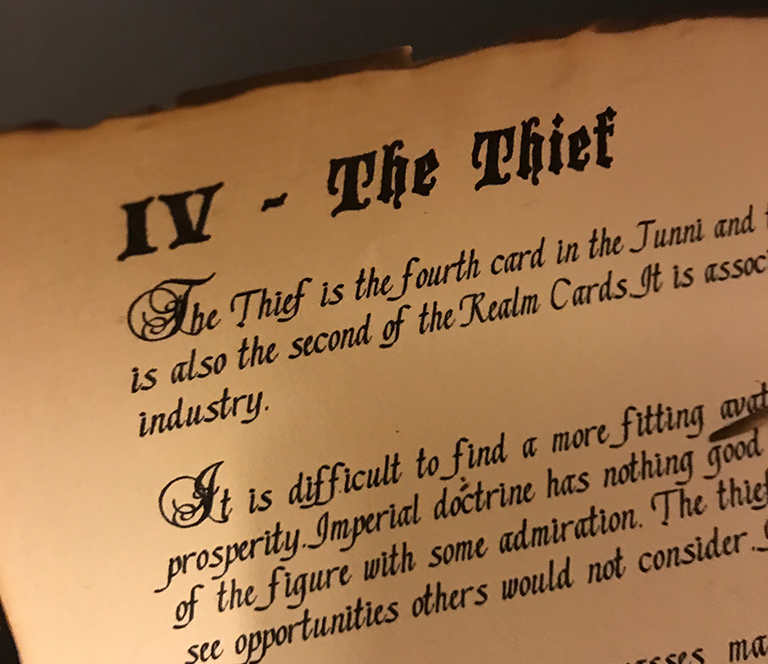 The Ashless Spire is a small group of historians and priests known for their pursuit of pre-Nicovar histories. While they pursue all manner of ancient record, they are known best as the custodians of the Junni. Over their centuries of existence they have curated some of the most fanciful theories about the deck’s origins and influences. Much of the information presented here is provided by scholars from the Spire.

The Carta Munaci Gambling House in the League is one of the primary suppliers of the printed deck. While they have no claim on the art, their reputation for quality has meant that no serious gambler would use anything but a Carta Munaci deck.

None would have predicted that a bunch of ageing Urizen historians would execute such a bold and ruthless economic play on a League business. How they achieved it is a story of league legend and urizen shame. What matters is that the spire maintains a controlling share in the business and have used this largely to prevent modifications to the design and to fund further research into the deck’s origins. 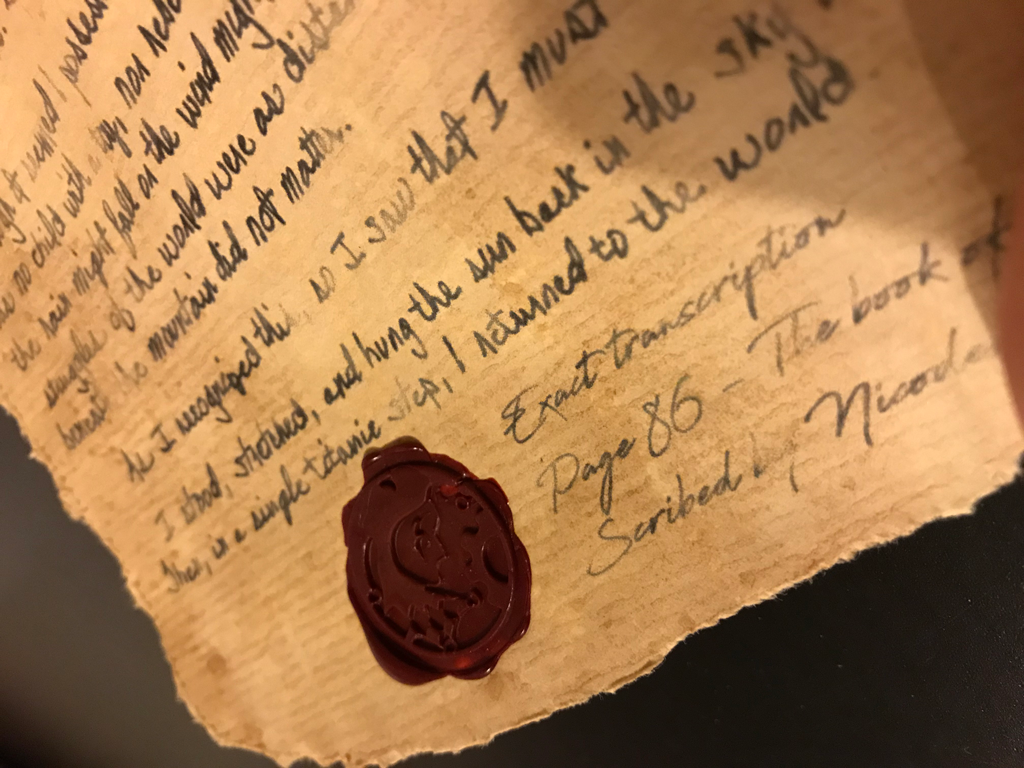 Over the centuries, the Ashless Spire has put forward a number of debatable claims that the imagery of the Junni is tied closely to the Way of Virtue.

Zbylut Vratilav, the so-called Iron Prophet pioneered the practice of consuming liao while divining with the Junni, claiming that the truth of the universe could be found within the cards. Few of their predictions made it into written records however and most of those that did have been emphatically debunked, but one or two remain unchecked and their most famous prophecy – nicknamed the burning of the world can be interpreted as a clear prediction of the events at the end of Nicovar's reign.

If they ever got their hands on a dose of true liao, it is not recorded.

Walk into any tavern in the Empire and you can be sure there is someone there willing to gamble, and odds are there will be a back room where serious coin changes hands.

Perhaps as a result, far and away the most common use of the Junni is in card games, be they to pass the time or for the thrill of coin. Over the years the Ashless Spire have recorded a number of different card games that have been devised using the desk – often with countless different variations of each. 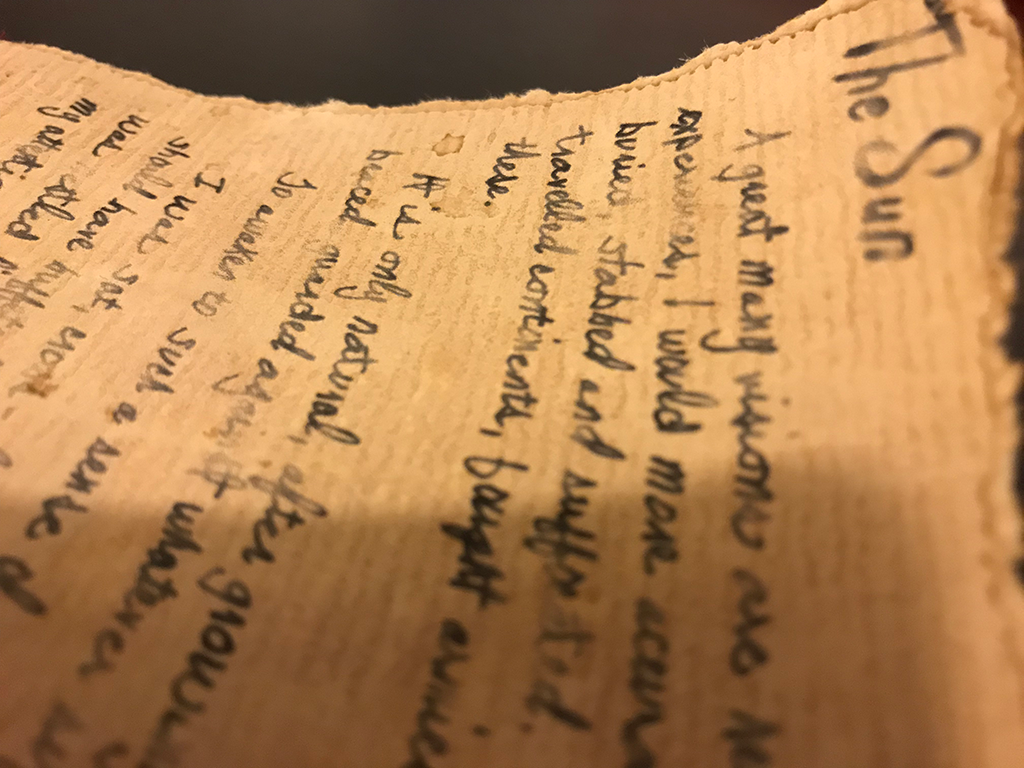 Claims by the Ashless Spire about the Junni as a spiritual tradition are very divisive. Some exasperated historians have produced evidence to show that the Junni was never intended to be more than a toy and more than a few Highborn priests have campaigned against it as tool of fatalism. Proponents of the deck have narrowly avoided judgements of condemnation from the synod on at least two separate occasions.

Despite repeated demonstrations that the deck is spiritually impotent, there is always someone making claims of some kind for the deck – usually arguing that it as valid a spiritual tradition as astronomancy is a magical one.

Divination is one of the oldest traditions of the Empire, whether using ritual magic or hearth magic to divine the future from the flight of birds. The practice of using bones, runes, or cards to try to divine is as old as the hills, and the Junni deck is no exception to this. Techniques tends to come down to whether the diviner seeks to interpret the present, or predict the future. The latter is much more frowned upon than the former.

The common technique with all decks of cards is draw a set number from a shuffled deck and use their pattern to infer spiritual understanding of a target or their future. In the Empire, if the question pertains specifically to a virtue, a set of seven spreads is the most common layout.

Cards are most popular in the League, especially with some Montebancs, but the Junni deck has cropped in every nation at some point or other.

The Junni and Liao

The Ashless Spire compile reports of devoted Junni practitioners who have claimed a benefit from using the deck as an aide in liao ceremonies.

The Ceremony Of Dedication

Idoya i Mataia i Riqueza, a sutanir who lived in the time of Emperor Ahraz claimed to have success using the Junni deck as an aide when performing the ceremony of dedication to create oracular dreams.

Idoya's technique required both priest and the pilgrim to share liao prior to the reading, then the priest divines with the cards. According to Idoya, the reading strongly shaped the resultant dreams.

The Ceremony Of Insight

Rodava of Karsk, a popular storyteller enjoyed using the Junni deck while using insight to examine the soul of another. According to a description of his technique, he favoured a complex spread for his own eyes only, attempting to dazzle the recipient with the many tangential insights derived thereby.

The Ceremony Of Exorcism

There are some rumors of a Navarr Guide who used the deck while performing exorcisms, but even the Ashless Spire regard these reports as unreliable, based mostly on hearsay.

The Junni and Magic

It is not unheard of for mages to attempt to use the Junni in rituals, particularly as a form of theurgic totemism. This practise is considered blasphemous by some who approve of the Junni, and idolatrous by some who don’t.

Other Traditions Around the Empire 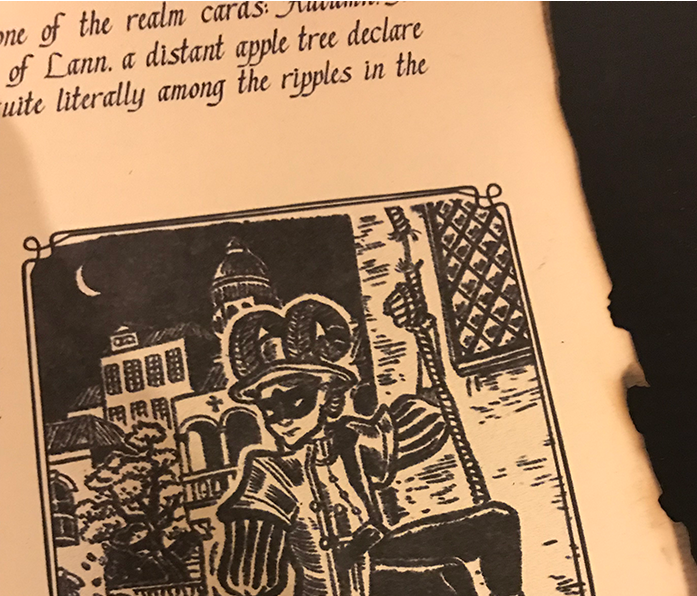 On occasion, the cards have been used among the debt conscious League as a method of noting debts. The practise was popularized by members of the Carta di Toro of Sarvos who would acknowledge a debt owed by giving a citizen a card marked with their sigil, where the suit would relate to the type of favor. Their bravos usually gave out a marked sword as a promise of loaned muscle, while their better connected members would give away a marked crown as a promise to whisper in ears.

The favor could be cashed in by simply returning the card with a request, or transferred to another by agreement with the guild. The practice fell out of favour when three members of the guild were tried and executed for having carried out a grisly murder for the Vyig.

There is a tradition in some parts that people forced to part ways rip a card and each party takes half. Lovers may do this before one heads to battle, Navaar stridings may rip a card as they split to travel different roads. Sometimes a family forced to flee invasion and afraid of losing each other in the chaos will rip a card for luck.

The tradition is most poignant with parents forced, through hardship, to abandon their children. Stories abound of babes left on the doorsteps of a local priest’s home with nothing but a single Journey card bearing the child’s name.

If the card is ripped, it implies that the parent one day hopes to return for the child, and use the two halves to recognize them. However if the card is whole, it is a clear sign the parent never intends to return.

Although there is no evidence at all to back it up, it is a common myth that the five suits of Junni (Crowns, Wands, Stars, Swords, Coins) are based on symbols used by five of the founding houses of Dawn. Over time, the suits have been changed and simplified down to the current form, so it would be difficult to identify regardless of the lack of any good records of those times.

From unpopular chores to dangerous assignments, a deck of cards has been used as a quick means to decide who gets the undesirable task. The rules vary, but when using a Junni deck, the most common is that trumps beat suits, a tie means both people should share the task, and any person drawing the traitor means nobody should do it.